Can anyone in your family beat this child’s name ?

Can anyone in your family beat this child’s name?

A couple of years ago we were contacted by a lady from North Carolina, USA, asking if we could do some research into her maternal grandmother, know to her as Nan Wait, who came from Liverpool, in England.

She told us there were lots of family stories about her grandmother’s name and she wanted to know more and hopefully discover how her name came about.

Once we started doing some research, we discovered the “Wait” was her married name and her maiden name was “Pepper”.

As our team are based in Liverpool, we had easy access to several different resources held by the Liverpool Central Library and Archives.

We soon discovered this amazing family record of one of their ancestors names.

The unusual example, below was taken from the 1908 Probate Calendar for her father Arthur Pepper.

After we found this record we continued to explore further into her family tree.

The excellent online “Free BMD” records index, revealed a little more information by listing her name as, PEPPER.  Ann, Bertha and then every other letter of the alphabet for each of her Christian names.

If you look closely, you will see that there are only 25 Christian names and that there was not one for the letter “P”, that’s because her surname was “Pepper” giving her a name for every letter in the English alphabet.

Ann was the only child of the marriage between Arthur Pepper and Sarah Jane Hughes.

Another strange fact is that on Ann’s birth certificate her mother’s maiden name is listed as Creighton which was the surname from her first marriage not Hughes, which was her maiden name.

Sarah Jane Hughes married Hugh Creighton in 1872 and he died in 1881 leaving her a widow.

Sarah Jane met Arthur Pepper in Liverpool where they were married in St Jude’s C of E Church, Hardwick Street, Liverpool on 15 May 1882.

In the 1891 Census Ann and her family had moved to 16 Grove Mews, Hammersmith, London.

By the 1901 Census, Arthur Pepper was a widower and his daughter was no longer living with him: in fact, 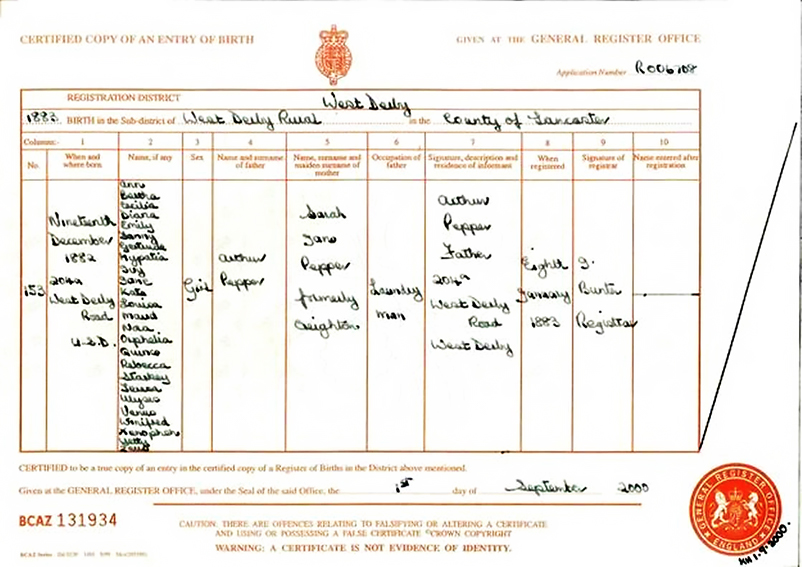 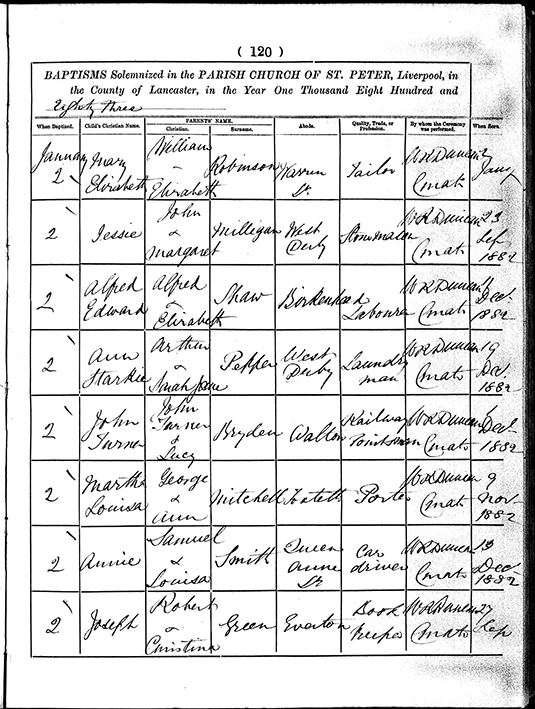 Ann left Liverpool, England and travelled to New York, USA to join her cousin, Mrs C Aldridge at 618 West 138 Street. On the passenger listing she has called herself Nan Pepper.

Ann was also known as Ann Starkey Pepper after paternal Grandmothers maiden name and as Nan Wait by her American side of the family.

In the 1910 US Census Ann and Arthur were living at 74 Broadway, Orange Town, Rockland, New York, USA.

On the 1920 US Census Ann, Arthur and Gale were living in 9 Piermont Avenue, Orangetown, New York, USA with Arthurs’ mother. 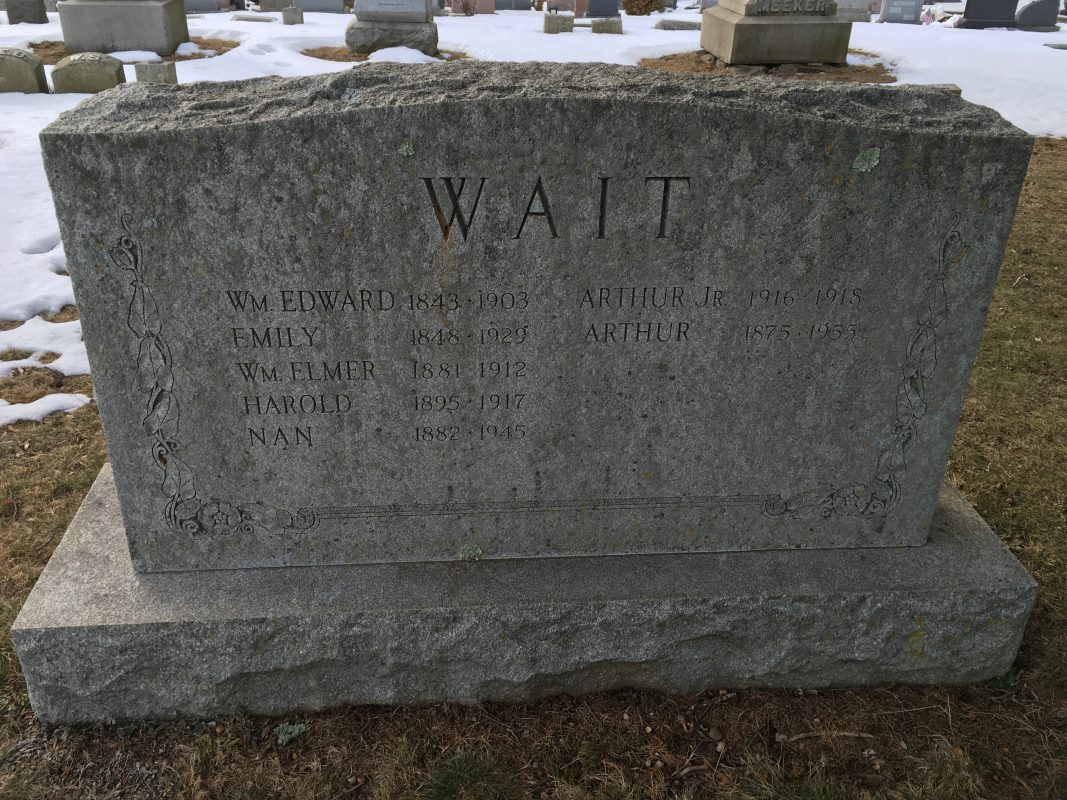 You may notice that she doesn’t have a Christian name beginning with P was this an oversight or because her Surname was Pepper.

**Ivy is down as Inez on her father Arthurs’s probate registry. 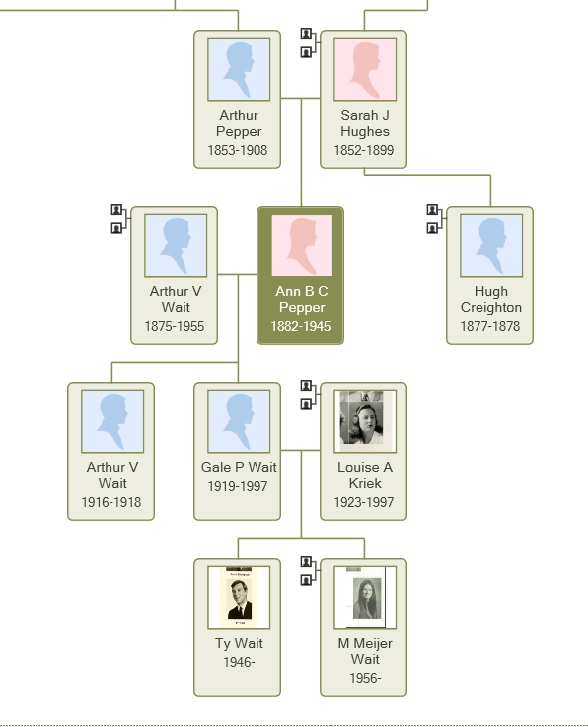 We would love to hear from anyone with their own interesting family members name?

Who knows where our research into genealogy and family history research will take us next this year.

There are many new families and stories to research for new and existing customers.

We often get asked how long it takes to finish building a family tree?

The answer is that it is a never-ending story, for every loss in a family there are new arrivals, be it through marriage or birth the family history keeps on growing day by day.

Needless to say, we will as always have plenty to keep our team busy and I am sure we will answer many more questions about people’s families and their pasts.