We often get asked what is the difference between, Genealogy and Family History?

Genealogy (from Greek: γενεαλογία genealogia “the making of a pedigree”) is the study of families, family history, and the tracing of their lineages. Genealogists use a combination of oral interviews, historical records, genetic analysis, and numerous other records to obtain information about a family and to demonstrate kinship and pedigrees of its members.

The pursuit of Family History and origins tends to be shaped by several different motives, including the desire to carve out a place in history for one’s family in the larger historical picture, a sense of responsibility to preserve the past for future generations, and self-satisfaction in accurate storytelling. 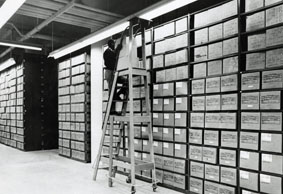 Genealogical research is the tracing of an individual’s ancestral history using historical records, both official and unofficial to find identifying data about that individual, such as:

In addition to documents such as those listed above, genealogists compile individual family histories based on personal correspondence (letters, diaries, cards, etc.), artefacts, photographs, and oral histories passed down from generation to generation. 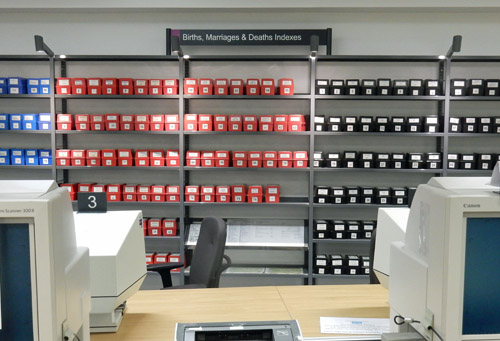 Where did it all begin in modern times?

Why do people do Genealogy?

Individuals conduct genealogical research for a number of reasons.

Private individuals do genealogy out of curiosity about their heritage. This curiosity can be particularly strong among those whose family histories were lost or unknown due to, for example, adoption or separation from family through divorce, death, or other situations. In addition to simply wanting to know more about who they are and where they came from, individuals may research their genealogy to learn about any hereditary diseases in their family history.

There is a growing interest in family history in the media as a result of advertising and television shows sponsored by large genealogy companies such as Ancestry.com. This coupled with easier access to online records and the affordability of DNA tests has both inspired curiosity and allowed those who are curious to easily start investigating their ancestry.

In communitarian societies, one’s identity is defined as much by one’s kin network as by individual achievement, and the question “Who are you?” would be answered by a description of father, mother, and tribe.

Family history plays a part in the practice of some religious belief systems. For example, The Church of Jesus Christ of Latter-day Saints (LDS Church) has a doctrine of baptism for the dead, which necessitates that members of that faith engage in family history research.

In East Asian countries that were historically shaped by Confucianism, many people follow a practice of ancestor worship as well as genealogical record-keeping. Ancestor’s names are inscribed on tablets and placed in shrines, where rituals are performed. Genealogies are also recorded in genealogy books. This practice is rooted in the belief that respect for one’s family is a foundation for a healthy society.

Individuals who wish to belong to a specific lineage society or become citizens of a country (for example, Ireland) or indigenous tribe perform genealogical research. Royal families have kept records of their genealogies in order to establish their right to rule. In societies such as Australia or the United States, there was by the 20th century growing pride in the pioneers and nation-builders. Establishing descent from these was, and is, important to lineage societies such as the Daughters of the American Revolution and The Mayflower Society.

Modern family history explores new sources of status, such as celebrating the resilience of families that survived generations of poverty or slavery, or the success of families in integrating across racial or national boundaries. Some family histories even emphasize links to celebrity criminals, such as the bushranger Ned Kelly in Australia.

Lawyers involved in probate cases do genealogy to locate heirs of property. Detectives may perform genealogical research using DNA evidence to identify victims of homicides or perpetrators of crimes.

Historically, in Western societies the focus of genealogy was on the kinship and descent of rulers and nobles, often arguing or demonstrating the legitimacy of claims to wealth and power. The term often overlapped with heraldry, in which the ancestry of royalty was reflected in their coats of arms. Modern scholars consider many claimed noble ancestries to be fabrications, such as the Anglo-Saxon Chronicle that traced the ancestry of several English kings to the god Woden.

In modern times, genealogy became more widespread, with commoners as well as nobility researching and maintaining their family trees. Genealogy received a boost in the late 1970s with the television broadcast of Roots: The Saga of an American Family by Alex Haley. His account of his family’s descent from the African tribesman Kunta Kinte inspired many others to study their own lines.

With the advent of the Internet, the number of resources readily accessible to genealogists has vastly increased, resulting in an explosion of interest in the topic. According to some sources, genealogy is one of the most popular topics on the Internet. The Internet has become not only a major source of data for genealogists, but also of education and communication.

Genealogical research is a complex process that uses historical records and sometimes genetic analysis to demonstrate kinship. Reliable conclusions are based on the quality of sources, ideally original records, the information within those sources, ideally primary or first-hand information, and the evidence that can be drawn, directly or indirectly, from that information. In many instances, genealogists must skilfully assemble indirect or circumstantial evidence to build a case for identity and kinship. All evidence and conclusions, together with the documentation that supports them, is then assembled to create a cohesive genealogy or family history.

Genealogists begin their research by collecting family documents and stories. This creates a foundation for documentary research, which involves examining and evaluating historical records for evidence about ancestors and other relatives, their kinship ties, and the events that occurred in their lives. As a rule, genealogists begin with the present and work backward in time. Historical, social, and family context is essential to achieving correct identification of individuals and relationships. Source citation is also important when conducting genealogical research. To keep track of collected material, family group sheets and pedigree charts are used. Formerly handwritten, these can now be generated by genealogical software.

Let’s see what’s in store for our next event later this year.