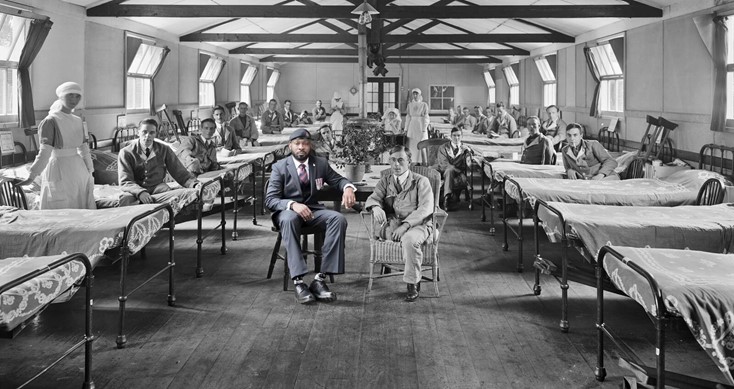 How The Royal British Legion began.

After the end of WW1 or The Great War as it was known, there were a number of different organisations set up to help and support servicemen and their families.

Four organisations that were set up to look after ex Servicemen: –

The National Association of Discharged Sailors and Soldiers.

The British National Federation of Discharged and Demobilized Sailors and Soldiers.

The Comrades of The Great War.

These groups did not like the way people were treated when they came home after fighting for their country. The worked had started immediately after the War with these groups but was not named until the groups united to work together on 15 May 1921 and the Royal British Legion was formed.

This was union was due mainly to two men, Field Marshal Earl Haig and Tom Lister of The Federation of Discharged and Demobilized Sailors and Soldiers. Lord Haig served as the President of The Royal British Legion until he died.

From the start they campaigned for fairness in the way the people had given so much for their country and made sure they were provided with welfare support and comradeship.

This work is still going on today, wars are continually fought, sometimes small interventions and other times full scale wars.

Some of their work is to help with physical or mental intervention for the personnel but other work is supporting their families whose loved ones have been lost or injured. 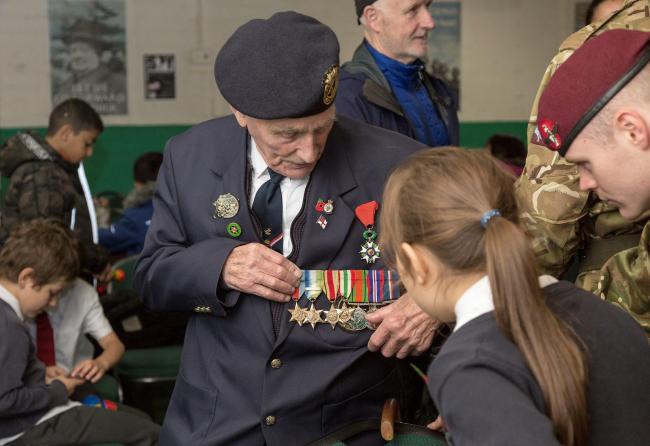 Setting of Traditions and Appeal

The tradition of the two minutes silence was established in 1921.

The first ever Poppy Appeal was also held in 1921, the appeal was so popular they sold out almost immediately and raise £106,000. Considering it was not long after the war this was an amazing amount of money, because of the War the country was in a recession.

The money was used to help the veterans of WW1 with housing and employment.

After the war there were more than two million people unemployed.

Over six million men served in WW1, of those that came home nearly a third of them had some form of disability and half of those were permanently disabled.

The dependents of the people who were lost and injured needed help, parents, children, wives, widows and orphans.

The Royal British Legion helped all those who needed help and are still helping today, society may have changed over the past 100years and the way the Legion fund raise, but they still help families of the sick, injured and fallen. This is help for serving and ex serving personnel, continually throughout the year. The personnel are served even after they have left the service and the support is there if they need until their death. 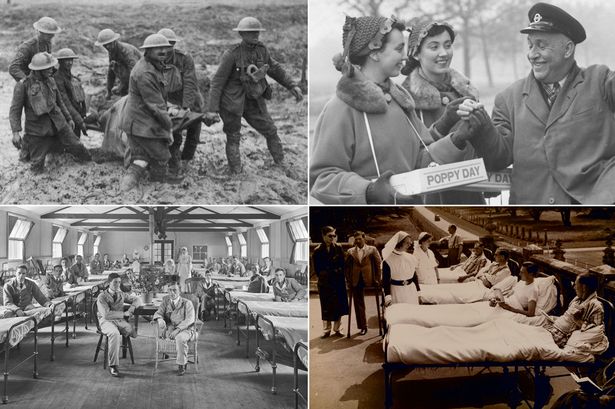 We must continue to remember. We DO NOT only remember WW1, but must remember conflicts all over the world where our men and women have taken part in some form or another. Land, Sea and Air, they may have be fighting, negotiating, training, catering, nursing or doctors, but they all gave equally.

We must also remember the work they do within our own country, fire service, ambulance service and most recently during the ongoing pandemic, testing stations, setting up and supporting the supplementary hospitals for overflow from our regular NHS facilities. 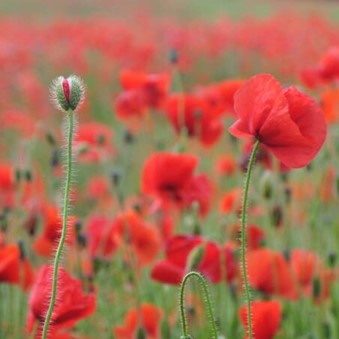 What is the Significance of The Poppy?

During WW1, most of the fighting was in Western Europe. So much damage had taken place due to the bombing, blasts and constant fighting.

The land had just become muddy expanses, no flowers, crops or grass, although one little flower seemed to thrive in this chaos. Swathes of red could be seen, it was the red Flanders Poppy, it seemed to be indestructible.

A glimmer of hope for regeneration and growth in amongst all this destruction and desolation.

The poppy is a symbol of Remembrance and peace for the future, especially for the Remembrance of those who have fallen in battle.

Poppies are worn as a show of support for the Armed Forces and their families.

The poppy is recognised worldwide and is personal choice whether you wear one or not.

In 1915 an incredibly famous poem was written by Lieutenant Colonel John McCrae, a Canadian doctor who had lost a friend at Ypres. John saw the poppies and was inspired to write a poem.

The poem by John McCrae

In Flanders’ fields the poppies blow
Between the crosses, row on row,
That mark our place: and in the sky
The larks, still bravely singing, fly
Scarce heard amid the guns below.

We are the dead. Short days ago
We lived, felt dawn, saw sunset glow,
Loved and were loved, and now we lie
In Flanders’ fields.

Take up our quarrel with the foe;
To you from failing hands we throw
The torch; be yours to hold it high,
If ye break faith with us who die
We shall not sleep, though poppies grow
In Flanders’ Fields. 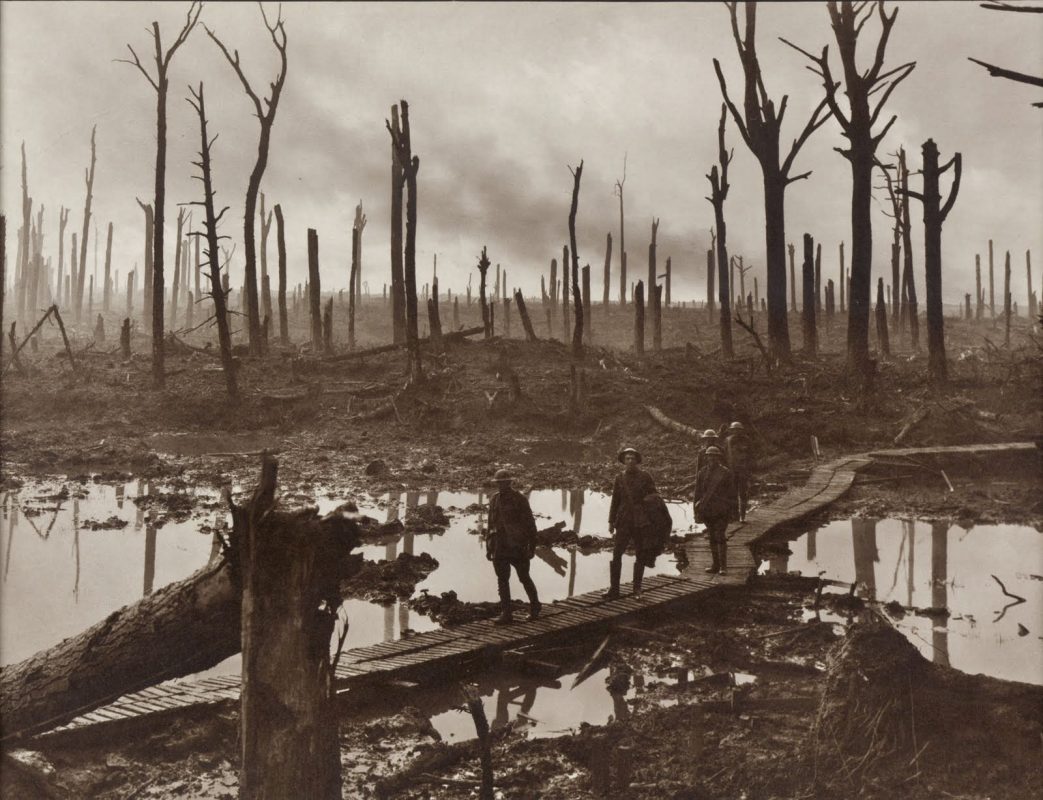 This poem inspired an academic in America called Moina Michael to adopt the poppy in memory of those who had fallen in the war. She campaigned to the poppy adopted as an official symbol of Remembrance across the United States also, she worked with other people were trying to do the same thing in Canada, Australia, and the UK.

Anna Guérin from France who was in the UK where she wanted to sell poppies in London. Anna met Earl Haig, and he was persuaded to adopt the poppy as the emblem for the Royal Legion.

Nine million poppies were made to be sold on 11 November 1921, unbelievably they sold out raising £106,000 to help veterans with jobs and housing.

Because the poppies sold out so quickly and wanting to make sure that there were plenty of poppies for the next appeal in1922, Major George Howson set up the Poppy Factory to employ disabled ex-servicemen.

The Poppy Factory still exists, it is in Aylesford and produces millions of poppies every year. 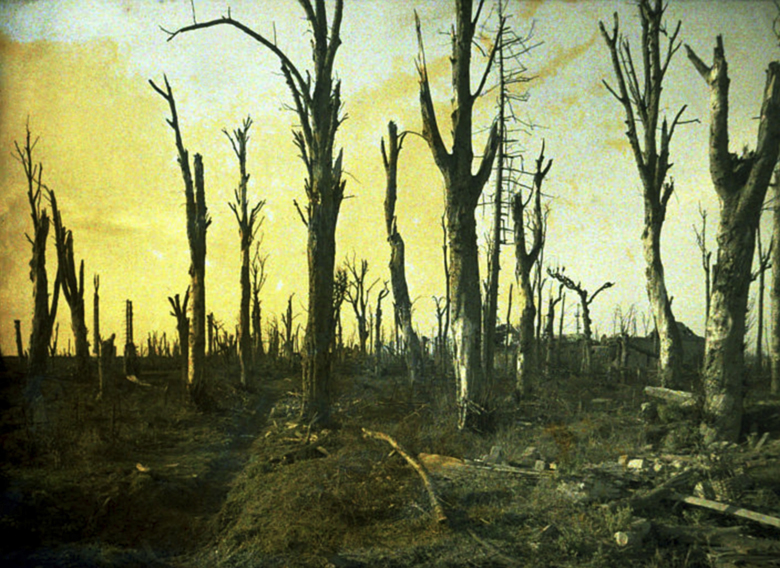 There was such a great demand for the poppies, that very few actually got to Scotland. To help with the demand they set up a second factory in Scotland. The Lady Haig Poppy Factory was set up in Edinburgh by Earl Haig’s wife Dorothy in 1926. This factory produces poppies for Scotland only.

The Scottish poppy is slightly different, it has four petals and no leaves. The factory still produces five million poppies a year and all by hand by disabled ex-servicemen and our distributed by Royal British Legion’s sister charity Poppyscotland. 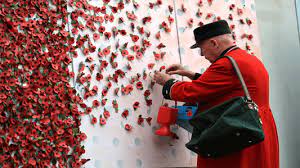 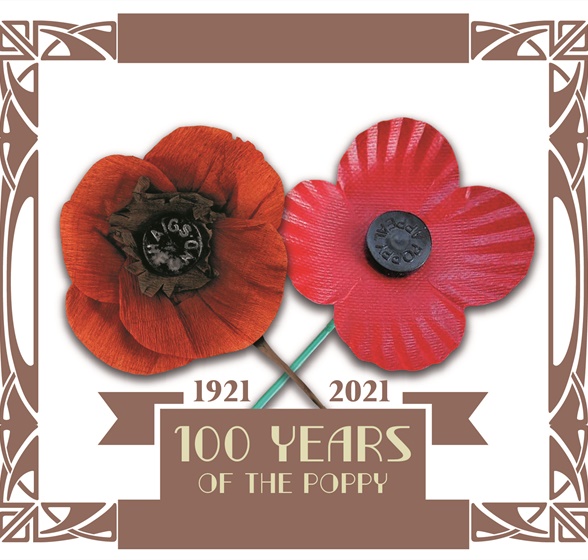