More about Genealogy and Family History?

Genealogy software is used to collect, store, sort, and display genealogical data. At a minimum, genealogy software accommodates basic information about individuals, including births, marriages, and deaths. Many programs allow for additional biographical information, including occupation, residence, and notes, and most also offer a method for keeping track of the sources for each piece of evidence.

Most programs can generate basic kinship charts and reports, allow for the import of digital photographs and the export of data in the GEDCOM format (short for GEnealogical Data COMmunication) so that data can be shared with those using other genealogy software. More advanced features include the ability to restrict the information that is shared, usually by removing information about living people out of privacy concerns; the import of sound files; the generation of family history books, web pages and other publications; the ability to handle same-sex marriages and children born out of wedlock; searching the Internet for data; and the provision of research guidance.

Programs may be geared toward a specific religion, with fields relevant to that religion, or to specific nationalities or ethnic groups, with source types relevant for those groups. 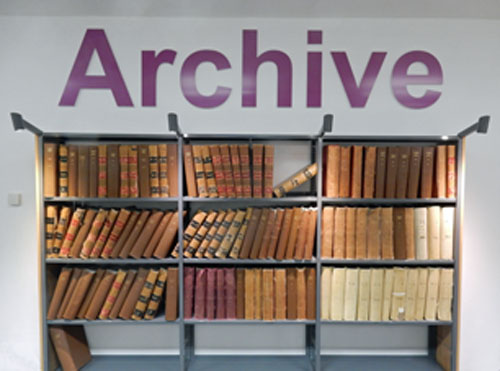 Genealogists use a wide variety of records in their research. To effectively conduct genealogical research, it is important to understand how the records were created, what information is included in them, and how and where to access them.

Records that are used in genealogy research include:

To keep track of their citizens, governments began keeping records of persons who were neither royalty nor nobility. In England and Germany, for example, such record keeping started with parish registers in the 16th century. As more of the population was recorded, there were sufficient records to follow a family. Major life events, such as births, marriages, and deaths, were often documented with a license, permit, or report. Genealogists locate these records in local, regional or national offices or archives and extract information about family relationships and recreate timelines of persons’ lives. 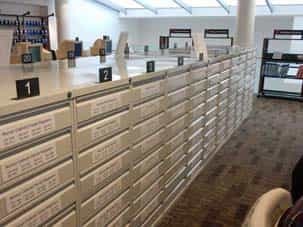 Genealogists use a wide variety of records in their research. To effectively conduct genealogical research, it is important to understand how the records were created, what information is included in them, and how and where to access them.

Records that are used in genealogy research include:

To keep track of their citizens, governments began keeping records of persons who were neither royalty nor nobility. In England and Germany, for example, such record keeping started with parish registers in the 16th century. As more of the population was recorded, there were sufficient records to follow a family. Major life events, such as births, marriages, and deaths, were often documented with a license, permit, or report. Genealogists locate these records in local, regional or national offices or archives and extract information about family relationships and recreate timelines of persons’ lives.

Genealogical data regarding given names (first names) is subject to many of the same problems as are family names and place names. Additionally, the use of nicknames is very common. For example, Beth, Lizzie or Betty are all common for Elizabeth, and Jack, John and Jonathan may be interchanged.

Historically, naming traditions existed in some places and cultures. Even in areas that tended to use naming conventions, however, they were by no means universal. Families may have used them some of the time, among some of their children, or not at all. A pattern might also be broken to name a new-born after a recently deceased sibling, aunt or uncle.

An example of a naming tradition from England, Scotland and Ireland:

Another example is in some areas of Germany, where siblings were given the same first name, often of a favourite saint or local nobility, but different second names by which they were known (Rufname). If a child died, the next child of the same gender that was born may have been given the same name. It is not uncommon that a list of a particular couple’s children will show one or two names repeated.

Personal names have periods of popularity, so it is not uncommon to find many similarly named people in a generation, and even similarly named families; e.g., “William and Mary and their children David, Mary, and John”.

Many names may be identified strongly with a particular gender; e.g., William for boys, and Mary for girls. Others may be ambiguous, e.g., Lee, or have only slightly variant spellings based on gender, e.g., Frances (usually female) and Francis (usually male).

It is wise to exercise extreme caution with dates. Dates are more difficult to recall years after an event and are more easily mis transcribed than other types of genealogical data. Therefore, one should determine whether the date was recorded at the time of the event or at a later date. Dates of birth in vital records or civil registrations and in church records at baptism are generally accurate because they were usually recorded near the time of the event. Family Bibles are often a source for dates but can be written from memory long after the event. When the same ink and handwriting is used for all entries, the dates were probably written at the same time and therefore will be less reliable since the earlier dates were probably recorded well after the event. The publication date of the Bible also provides a clue about when the dates were recorded since they could not have been recorded at any earlier date.

People sometimes reduce their age on marriage, and those under “full age” may increase their age in order to marry or to join the armed forces. Census returns are notoriously unreliable for ages or for assuming an approximate death date. Ages over 15 in the 1841 census in the UK are rounded down to the next lower multiple of five years.

Although baptismal dates are often used to approximate birth dates, some families waited years before baptizing children, and adult baptisms are the norm in some religions. Both birth and marriage dates may have been adjusted to cover for pre-wedding pregnancies.

Calendar changes must also be considered. In 1752, England and her American colonies changed from the Julian to the Gregorian calendar. In the same year, the date the new year began was changed. Prior to 1752 it was 25 March; this was changed to 1 January. Many other European countries had already made the calendar changes before England had, sometimes centuries earlier. By 1751 there was an 11-day discrepancy between the date in England and the date in other European countries.

Occupational information may be important to understanding an ancestor’s life and for distinguishing two people with the same name. A person’s occupation may have been related to his or her social status, political interest, and migration pattern. Since skilled trades are often passed from father to son, occupation may also be indirect evidence of a family relationship.

It is important to remember that a person may change occupations, and that titles change over time as well. Some workers no longer fit for their primary trade often took less prestigious jobs later in life, while others moved upwards in prestige. Many unskilled ancestors had a variety of jobs depending on the season and local trade requirements. Census returns may contain some embellishment; e.g., from labourer to mason, or from journeyman to master craftsman. Names for old or unfamiliar local occupations may cause confusion if poorly legible. For example, an ostler (a keeper of horses) and a hostler (an innkeeper) could easily be confused for one another. Likewise, descriptions of such occupations may also be problematic.

The perplexing description “ironer of rabbit burrows” may turn out to describe an ironer (profession) in the Bristol district named Rabbit Burrows. Several trades have regionally preferred terms. For example, “shoemaker” and “cordwainer” have the same meaning. Finally, many apparently obscure jobs are part of a larger trade community, such as watchmaking, framework knitting or gunmaking.

Let’s see what’s in store for our next event later this year.